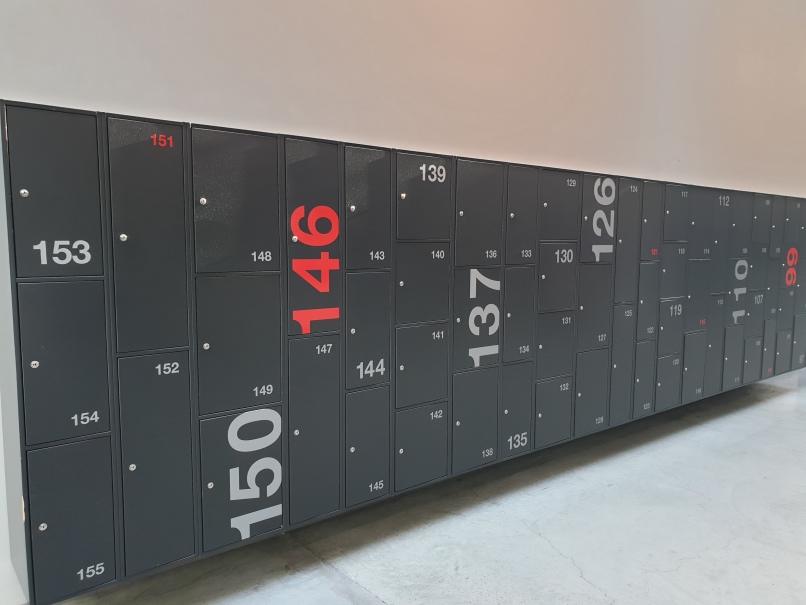 A set of lockers.
Sets of lockers can be found at different locations around the university. Each set is arranged into columns of equal width, with between one and four lockers in each column. At the start of each semester, students get the opportunity to rent one of these lockers for the entire semester; this can be very handy for students that would otherwise have to carry stacks of books between their classes.

Upon hearing this, a group of $n$ friends decides that they each want their own locker. None of them have any specific requirements about the size or location of their locker, except that — being such good friends — they want their lockers to be close to each other. In fact, they insist that all of their lockers belong to the same set of lockers. Within that set, they want to minimize the distance required to walk between the leftmost and rightmost lockers that belong to the friends.

Given a candidate set of lockers, and the number of lockers that are available for rent in each column, can you help the friends determine this distance if they choose their $n$ lockers optimally?

The input consists of:

Output the distance, measured in number of columns, required to walk between the leftmost and rightmost lockers that belong to the friends, assuming they rent the $n$ lockers that minimize this distance. If it is not possible to rent $n$ lockers, output “impossible”.

Please log in to submit a solution to this problem